England travels to the Estadi National in Andorra on Saturday in a World Cup qualification game. A win against the minnows would put the Three Lions close to qualifying with three games remaining. We preview the game and tell you which players are likely to shine. 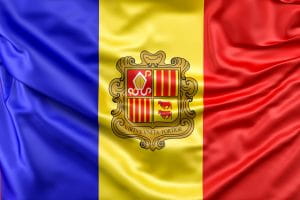 Lowly Andorra Out to Shock England

Coming in at 156 in FIFA’s rankings and nestled in between New Caledonia and the Dominican Republic, only 54 teams in the world are ranked lower.

The small European country has a population of 77,265, which could easily fit into England’s Wembley Stadium, and there would still be 12,735 seats free.

They welcome England to the Estadi National, which has a capacity of 3,306 but hasn’t yet seen a full-house since its opening in 2014; the record attendance for the stadium stands at 3,193, which was set when Andorra played Portugal in October in 2017.

If Andorra does pull off a shock win, it would be a profitable win for Andorra supporters who back their team with them priced at 40/1. Even a draw would be celebrated wildly and would see the backer receive £16 for every £1 staked.

England fans wanting to back their team and see a decent return will need deep pockets; @ 1/50 on, it would take a bet of £500 just to see a return of £10. Unsurprisingly, many Three Lions fans will be looking at other markets to place bets, which will offer higher odds and not require such a large stake.

Players to Watch and Betting Markets to Consider

Correct score betting is popular when England play, and judging by the past encounters between the sides, it looks highly likely there will be plenty of goals in this game.

In the reverse of this fixture, England won 4-0 at Wembley, and if you fancy a repeat of this scoreline, it is typically available for around 9/2.

In that game, Jesse Lingard scored twice, and with the 28-year-old getting more game time with England than his club (196 mins World Cup qualifiers v 136 minutes for Manchester United over three competitions), if selected, he would appeal in the goalscorer market.

Another goalscorer in the 4-0 win was Arsenal’s Bukayo Saka. The versatile youngster can play at left-back and in the left, centre or right midfield positions. The 20-year-old is 13/2 to open the scoring and priced @ 13/10 to score any time. He is priced @ 7/1 to score two and 28/1 to score three.

The other goalscorer that day was Harry Kane. The England captain is his country’s fifth top goalscorer on 41, 12 shy of England’s record scorer Wayne Rooney on 53.

Not surprisingly, the odds on the Tottenham player scoring are very short, 3/10 to score at any time and 2/1 to score the first or last goal. He is almost Evens at 11/10 to score two and only 15/4 to claim the match ball.

Could Kane Be Rested Over Plastic Pich Concerns?

However, we wouldn’t be surprised if Kane’s playing time is limited or he might even rested for this fixture. The Estadi National stadium has a plastic pitch, and manager Gareth Southgate may decide it’s not worth the risk with a likely trickier game against Hungary on Tuesday.

Two players who might be worth a punt are the two late replacements in the squad Tammy Abraham and Ben Chilwell.

Abraham, formerly of Chelsea, is thriving under Jose Mourinho at Roma and would love to remind England fans of his talents. The 24-year-old is 4/7 to score anytime, 10/3 to score the first goal, 9/4 to score two and 15/4 to score a hat-trick.

As a defender and a defensive midfielder, Chilwell’s odds are much higher. The Chelsea man is 5/1 to score anytime, 20/1 to open the scoring, 50/1 to score two and 150/1 to score an unlikely hat-trick.

Andorra vs England kicks off at 7.45 pm BST at the National Stadium in Andorra la Vella on Saturday 9 October. The game will be broadcast live on ITV and via the ITV Hub. 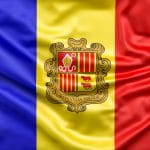