We’re back again with another round of previews and betting tips for all the EPL’s action over the weekend.

There’s a Friday night fixture on the South coast as Brighton host West Ham, but that – and all Saturday’s action – is just a starter for Sunday afternoon’s main course, where Liverpool host Manchester City. Those two teams are most peoples’ favourites to challenge for the title, so the winner may emerge with a lot more than just bragging rights.

The most anticipated game of the season is almost here. These two have met most peoples’ pre-season expectations by leading the pack, currently occupying 1st and 2nd place. A win would put clear space between the opponent, while also potentially going a long way to suggesting who ultimately wins the league. Fittingly, this match rounds off the weekend’s action. We can hardly wait!

After a storming start to the season, pace setters Liverpool have started to falter a little. The Reds experienced a bad patch around this time last year, which ultimately put them way off the pace, so there may be a few nervous faces at Anfield on Sunday. That said, Liverpool were Manchester City’s bogey team last year, beating them in the league and famously knocking them out of the Champions League with ease.

Defeat in the Caraboa Cup two weeks back meant little, while a draw to Chelsea in the league was a hard-fought and fair result, though Liverpool did more to deserve the win than Chelsea. Wednesday night’s defeat in the Champions League will ring some alarm bells though. That means that Liverpool are without a win in three in all competitions, though they are still unbeaten in the league. Naby Keïta went off injured on Wednesday, but the squad is not short of midfield cover. The form of Mohamed Salah is perhaps of equal concern. Three league goals is not a bad start, but compared to Salah’s exploits last season and the expectations upon him, it does suggest the striker is somewhat out of form. It’s not clicking for Salah but it is surely just a matter of time. Re-finding the magic of last season here would be a case of perfect timing.

City too have tasted defeat in the Champions League. That was in their first game, but they only just managed a win in their second, when a late David Silva goal sunk Hoffenheim. That win will be a morale booster for City, who are top of the league on goal difference. Pep will surely want revenge for the defeats inflicted on him by Klopp and Liverpool last season, but it won’t be easy.

Benjamin Mendy and Fabian Delph are still both out, so Oleksandr Zinchenko may get a start at left back. Sergio Agüero started in the Champions League ahead of Gabriel Jesus, as Gardiola knew a win was essential. There are reports that the Argentine has had some problems with his foot, so he will be looking forward to a break after this fixture during the international break. Unlike Liverpool, City seem to be picking up steam, rather than slowing down. Three clean sheets and ten goals scored in their last three matches is impressive, although the Citizens haven’t faced the calibre of opponents Liverpool have. This is the first top five team City have faced in the league so far and their struggles in Europe suggest they could have problems when facing elite opposition. There are few harder tests in football than this right now.

Prediction: Liverpool Draw no bet – This one is so tough to call. Liverpool aren’t a team to let a defeat get them down. Quite the opposite, in fact. The loss to Napoli should spur the team on and coupled with home advantage – where Liverpool are unbeaten in the league for almost eight months – we don’t see Liverpool losing.

The action starts with West Ham again, who travel to Brighton for a Friday evening fixture. That means there’s no early kick-off on Saturday, but there are three games on Sunday, including our match of the day.

Brighton are on a poor run without a win since day one of the season. The fixtures have been nightmarish though and they improve markedly from here. That said, a visit from the rapidly improving West Ham won’t be easy.

After an awful start of four defeats in four West Ham are now unbeaten in three. That includes a draw with Chelsea and a brilliant win against Manchester United last weekend. New boss Pelegrini seems to have finally found the right formula and if the defence can remain as organised as it has been in the last three games, we can see West Ham becoming a very difficult team to beat.

Prediction: West Ham Win – We were rewarded for our faith in West Ham last week and we fancy them again here. The Hammers are scoring plenty and are solid at the back, while Brighton are finding things tough at the moment.

Burnley are another team that have started to turn around a disastrous start. Sean Dyche will surely be fancying making back-to-back wins three in a row here, against the team sat firmly bottom of the table.

We’re now seven games in and the Terriers are still without a win. The next three games are crucial for Huddersfield, who must surely find a win in that time, or they could find themselves a long way off the pace early on.

Prediction: Burnley Win – Huddersfield have scored just two goals all season, while Burnley have re-found their form of last season.

Roy Hodgson cut a frustrated figure on the sidelines at Bournemouth last weekend. Defeat there was a bitter pill to swallow, as Palace just couldn’t find the equaliser. The Eagles can’t seem to put together a consistent run and surprisingly haven’t won at home yet this season.

Wolves, on the other hand, are extremely consistent. Defeated just once, they have won three of the last four games, conceding just once in the process. Wolves are proving extremely difficult to beat then and could surprise many a Palace fan here.

Prediction: Wolves Draw no bet – Crystal Palace will go for the win, but we fancy Wolves to extend their impressive unbeaten run.

Leicester have put together back-to-back wins after losing the previous two games. Claude Puel’s approach seems to be settling in at the club, who look dangerous on the attack. If they can shore up defensively then the Foxes will be a match for almost anyone this year.

Everton got back to winning ways thanks to an inspired performance from Gylfi Sigurdsson last weekend. The Toffees also kept a clean sheet in that match, suggesting their leaky defence is showing signs of improvement too. These two teams love to attack and this could turn out to be a very watchable game of football.

Prediction: Over 2.5 goals – We see goals here from two teams that like to attack much more than defend.

Tottenham haven’t really found their form yet this year. They are fourth in the league, but their Champions League campaign could soon be over before it has really started. Cardiff are the league’s whipping boys at the moment, so this should at least be a good way for Spurs to return to winning ways and boost confidence.

No-one, least of all Neil Warnock, expected things to be easy for Cardiff this season. However, perhaps even he would have hoped for more than two points from the first seven matches. Cardiff are joint bottom on points with Newcastle and Huddersfield and like those two teams, they really need to turn things around quickly. It’s unlikely the comeback will start here.

Prediction: Tottenham Win + Both teams to score no – Spurs should win comfortably and Cardiff have scored just one away goal all season so far.

After four wins in their first four games, Watford are now three without a win. The Hornets have continued to play their own brand of football though and the results should soon turn once again. They face a team in good form on the same amount of points here, so we expect an exciting match.

Bournemouth continued their fine start to the season with a win against Crystal Palace on Monday. The Cherries are markedly better at home though, which suggests a win here will be difficult. Nevertheless, expect Bournemouth, like Watford, to play their own exciting football.

Prediction: Over 2.5 goals – Bournemouth have lost two of their three away games and all but one of them has featured over 2.5 goals, while Watford have scored in all of their home games.

Are the wheels really coming off at Old Trafford? The drama has been going on long enough, but should they lose here to bottom place Newcastle, who have their own saga unfolding, then surely the evidence that Mourinho has lost the dressing room cannot be disputed.

Like their opponents, off field disputes and drama dominate the narrative at Newcastle, though there are certainly also poor performances on the pitch. Newcastle need to improve quickly. Can they galvanise here to exploit a team in a crisis? It’s unlikely, but if they don’t then the crisis at St James’ Park will surely result in the Magpies losing their manager, who – unlike at Manchester United – is not really the source of the club’s problems.

Prediction: Under 2.5 goals – Newcastle actually seem to prefer playing away from home this season, away from the drama of St James’ Park. They’re unlikely to win, but they may see a good chance of keeping United out here.

After a good win in week three, the realities of life in the Premier League are setting in for Fulham, who haven’t won since, scoring one goal in their last three. Without a clean sheet, the defence needs to improve, but keeping out Arsenal will be a huge task.

Arsenal are improving with each game and have even managed two clean sheets in a row. Expect them to take the initiative here against a team finding it even harder to defend than themselves.

Prediction: Arsenal Win + Over 2.5 goals – This game could start off super Sunday with a bang, as two attacking teams meet in a London derby.

Southampton have managed just one win so far this season and that was away from home. Welcoming Chelsea is not ideal when looking for your first home win of the season, so Mark Hughes will probably see a draw as a good result.

Chelsea were minutes away from beating Liverpool last week, though a draw was a fair result. The Blues remain unbeaten and are playing good football, with Eden Hazard in particularly scintillating form, though they have now drawn their last two matches.

Prediction: Chelsea Win – This won’t necessarily be easy, but Chelsea should win here, especially knowing that at least one of the two teams above them will drop points this weekend. 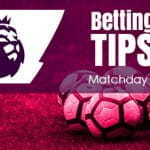 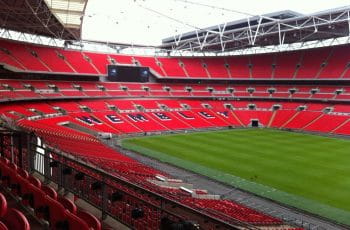