The international break is behind us and the Premier League is back this weekend! Things kick off in Manchester with a tantalising match up between Manchester City and Liverpool and the action goes all the way through until Monday evening, where newcomers Huddersfield travel to struggling West Ham.

Saturday’s early fixture is also our match of the day this week. The weekend should get off to a cracking start as Manchester City host Liverpool in what could be a goalfest.

It took a 97th minute goal – followed by a 99th minute red card – by Raheem Sterling for City to claim all three points in their last match. Despite the victory, City still look a long way from the slick, oiled machine Guardiola aims for. They could quite easily have lost the match too. Bournemouth played superbly and would have taken all three points in stoppage time themselves were it not for the frame of the goal. While they have been far from convincing, City also look like they haven’t even gotten out of first gear yet, and are unbeaten in the opening three matches. Should they increase the momentum, they will be formidable opponents for any team this season.

Liverpool sit on the same number of points as Manchester City but it’s fair to say they have looked a lot more impressive in the opening matches. New signing Mohamed Salah already has 2 goals and 2 assists to his name, while attacking partners Firmino and Mané have 2 and 3 goals respectively. This highlights the potency of the attacking trio and shows that Liverpool haven’t been found missing Philippe Coutinho just yet. Having convincingly seen off Arsenal two weeks ago at Anfield, Liverpool will be well up for this one.

Prediction: Both teams to score – Two of the most attacking teams in the league with far from convincing defences!

As usual, there are plenty of other tasty matches to sink our teeth into. Everton against Spurs will be an interesting one, while Arsenal will be looking to relieve some of the pressure already upon them with victory against visiting Bournemouth.

The atmosphere at the Emirates has been at boiling point over the last few weeks after defeats against Stoke and Liverpool. The transfer window closing did little to help things. Instead, Alexis Sánchez’s exasperation with the situation was made all the more clearer and if not for Arsenal’s failings in acquiring Thomas Lemar from Monaco, Arsenal’s best player would likely now be a Manchester City player. This is a must win game for Arsenal despite the early stage of the season.

Bournemouth can count themselves unlucky to not have taken any points so far. Their performances have deserved more, especially the performance against Manchester City two weeks ago. Nevertheless, things aren’t going to get any easier here. Arsenal will have a point to prove and have to find a way back to winning ways. But if Bournemouth can take advantage of Arsenal’s weakness and go for the kill, they could take something from this match.

Prediction: 2:0 – This pressure is nothing new to Arsenal who should rise to the occasion.

Brighton picked up their first point of the season last weekend away at Watford; though this is less impressive than it sounds due to the fact they played most of the match against ten men. Scoring goals has already been and likely will mostly be the problem this season and this will be as difficult here as anywhere against a well organised Baggies defence.

Tony Pulis will be as happy as any manager with his team’s start to the season. Unbeaten and only conceding one goal is some start for a manager that seems to get constant criticism. Brighton are organised at the back but West Brom have more than enough talent to find a way through.

Prediction: 0:2 – West Brom’s experience will help them carve out a victory.

Everton have started the season with the potentially deadly combination of a hectic schedule combined with difficult fixtures. However, having qualified for the Europa League and earned a win and a draw from the opening three fixtures, things haven’t gone so bad. The fixture list doesn’t get any lighter yet though, with a trip from Spurs followed by a visit to Old Trafford. Everton were far from convicing against both Manchester City and Chelsea and will have to up their game here.

Tottenham will likely be looking forward to playing away from Wembley where they can’t seem to buy a win. They were just minutes away a fortnight ago against Burnley but the Wembley curse maintained its grip. With Harry Kane on the score sheet for England last week, he will be eager to make his mark in the Premiership.

Prediction: Harry Kane to score – With August behind us, Kane will get back to scoring ways.

Leicester’s tricky start to the season continues as they host Chelsea. The Foxes haven’t fared too badly though and have put in some solid performances. Jamie Vardy and Riyad Mahrez have been back to their best, but those two will need to come up with something extra special if they want to repeat their home victory over Chelsea in their record breaking 15/16 season.

Those who claimed Chelsea were in crisis after losing their opening fixture and a relatively quiet transfer window were proven to be a little premature in their verdict, with the Blues beating Tottenham and Everton in their last two. With Eden Hazard back available and Morata quickly settling in, Chelsea will likely put Leicester to the test here.

Prediction: 0:2 – A hard-fought game but Chelsea will come out on top.

Southampton have enjoyed a modest start under new manager Mauricio Pellegrino, but they are unbeaten in their first three Premier League matches. Watford is probably the sternest test they will have faced up to this point, but the bookies have them at strong favourites here.

Watford are also unbeaten in the league and look a much more organised unit under Marco Silva. New signing Richarilson looks to be the business and will likely be the Hornets biggest threat, along with fellow new signing Andre Gray. They will be facing a Southampton defence with two clean sheets from their first three however.

Prediction: 0:0 – Both teams are currently draw specialists and will cancel each other out.

After a disappointing defeat on the opening day of the season Stoke have bounced back to beat Arsenal and earn a hard-fought draw against the Baggies a fortnight ago. Truth be told, they were a little lucky there and capitalised on a rare defensive error to score in a match that they otherwise did not look like scoring in. Stoke will need Berahino to find his shooting boots quickly, though the forward has been off-form for some time now, so new boy Jesé appears the Potters best source of goals currently.

Jose Mourinho’s men have answered all their critics after just three games. Ten goals scored and no goals conceded is strong evidence that they are a different team from last season. With a fully fit team, there’s no reason to expect anything other than a win for the Red Devils, although Stoke are likely to set up to be difficult to score against.

Prediction: 0:2 – Another win and clean sheet for Manchester United.

Burnley added to their impressive victory against Chelsea with an equally impressive draw against Spurs last time out. Chris Wood wasted no time as a Burnley player to get on the scoresheet and could prove to be exactly what they need to improve their attack. Turf Moor was a fortress last season and this fixture is the perfect chance for the Clarets to pick up their first home points of the season.

Palace manager Frank de Boer is already feeling the strain just three matches into the season. If the media is to be believed his job is already on the line and he may have to accept employing a different tactical approach than he is used to. Palace have looked poor this season and reverting back to their old ways may help in the short term, but would be counter-productive in the long term. With Wilfred Zaha and Ruben Loftus-Cheek out injured, Palace will struggle to pose a threat here.

Prediction: 1:0 – Burnley will use home advantage as Palace’s woes continue.

Having pulled of some transfer deadline day magic with the acquisition of Renato Sanches from Bayern Munich, Swansea can now focus their attention on the long season ahead. Tipped to be relegation candidates before a ball was kicked, the Swans have actually started well, with four points earned and their only defeat coming against the currently unstoppable Manchester United. Swansea instead look solid and will be looking to make it back to back wins in the league here.

Newcastle also picked up their first league win with an impressive 3-0 win against West Ham. How much of that was down to Newcastle’s qualities, rather than West Ham’s abysmal performance, is still up for debate. However, Newcastle’s transfer window didn’t end on the high that Swansea’s did and Rafa Benitez has publicly expressed his concern at the lack of signings, meaning the confidence earned from that victory could quickly dissipate on Tyneside with defeat here.

Prediction: 1:1 – A tough one to call where neither team will want to lose.

A visit from newcomers Huddersfield perhaps seems like the perfect match on paper for West Ham to turn around their sluggish start and get their first points of the season. In reality, it’s sure to be a lot trickier. The Hammers have been woeful so far, with two goals for, ten against, and no points earned, although this will be their first ‘home’ game of the season. Just how much of a home the London Stadium is for the Hammers is yet to be seen this season. They were poor last there last season and they will need to up-the-ante quickly or things could go from bad to worse.

Huddersfield on the other hand are flying. The Premier League new boys sit pretty in third position and are currently unbeaten. They’ll be the ones who will be licking their lips at this encounter. Much will depend on whether Aaron Mooy can recover from illness in time however. The Australian has been instrumental in Huddersfield’s play this season and has already racked up a goal and an assist.

Prediction: Hernandez any time scorer – A tough outcome to call but Little P will find the net.

Place a bet on these selections at Betway 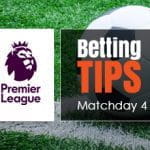 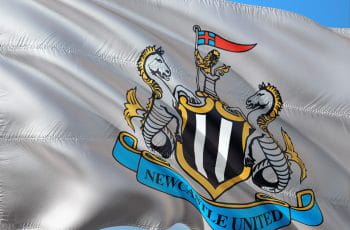 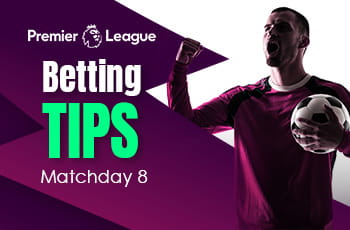