The EPL is back this weekend and we’re back with our match previews and betting tips!

As things settle after a manic new year period, things look a little different in the EPL. Liverpool have finally tasted defeat, while Manchester United once again look a force to be reckoned with. One thing is for sure – we’re in for an explosive second half to the season.

There’s no doubt about our match of the day this week. Sunday will feature Spurs against Manchester United going head to head in the afternoon. We can hardly wait.

Tottenham, despite not making any signings last summer, are the team most pushing Liverpool and Manchester City. Spurs are on fire lately and beat Chelsea midweek in the cup.

The upcoming fixtures are also very good for Tottenham. Should they win here and give themselves a boost, then Spurs have a genuine chance of closing the gap on leaders Liverpool. Jan Vertonghen is still missing from defence, but a combination of Toby Alderweireld and Juan Foyth has been covering well. In midfield, Lucas Moura is a doubt for this one, while Heung-Min Son will soon depart for the Asian Cup. Son especially will be a loss. He has scored five and assisted four times in his last four league games, an astonishing record. Harry Kane has found his scoring boots after a slow start to the season though. He is now joint top scorer and has plenty of creativity behind him to continue his form, despite Son’s imminent departure. With home advantage, Spurs are favourites here.

Bet on the match between Tottenham and Manchester United this weekend!

Ole Gunnar Solskjaer has had a great start to life at Manchester United and has steered the Red Devils in the right direction. Unbeaten so far, this will be his first real test as United boss.

And what a test it is. An away match against Spurs is one of the toughest fixtures in the league. It could become even more difficult, should Paul Pogba not recover from a knock picked up recently. Pogba has been rejuvenated under Solksjaer and has four goals and four assists in his last four games. Alexis Sánchez, despite only recently returning from injury, could also miss out. But United are now firing on all cylinders and have options. Marcus Rashford, a favourite of his new manger, is sure to start, while Lingard and Martial are also likely to lineup alongside him. The caveat to United’s turnaround is that the defence remains suspect. Unless they improve defensively for this match, that could be the deciding factor, no matter how United play elsewhere.

Prediction: Tottenham Win – Spurs are in fine form. United’s less than solid defence will be the deciding factor here, as Spurs should prove triumphant in a tight match.

The London derby between West Ham and Arsenal, as well as Wolves’ trip to Manchester City, look to be the pick of the remaining fixtures. At the other end of the table, there’s a relegation battle six-pointer, as Cardiff host Huddersfield, in a match that the Terriers simply must win.

Marko Arnautovic was the subject of a large bid from an unknown Chinese club this week. The Austrian underlined his importance to the Hammers with two goals in the last match, and the club have said they will do anything to hold onto the striker. He may miss out here, while Chicharito is also injured, meaning there could be a start for Lucas Perez. Fabian Balbuena could return in defence.

Arsenal still have a huge number of injured players, though many are returning to training this week. It’s in defence where the Gunners lack personnel most, so West Ham may fancy their chances of scoring. However, Arsenal will remain deadly upfront, with Aubameyang and Lacazette both fully fit.

Prediction: Over 2.5 goals – Neither team are known for keeping clean sheets, while the London derby nature of this one could make it particularly explosive.

Brighton are unbeaten in three and will be well aware that they are facing a Liverpool team that has finally tasted defeat domestically, not just once, but twice in succession in all competitions. Nevertheless, Chris Hughton will be cautious, but we expect Brighton to prove difficult for the visitors to beat here.

Liverpool finally a lost an EPL match this season and of course it had to come against closest rivals Manchester City. The title race is well and truly back on. Surely a third consecutive defeat is out of the question however. Klopp has his team well drilled, and the players will surely not let those defeats play on their minds.

Prediction: Under 2.5 goals – Liverpool should win, but Brighton are strong at home and have only lost twice at the AMEX, so this should still be a close match.

Burnley have managed to pull themselves out of the relegation zone with back-to-back wins. The Clarets are four points ahead of today’s opposition, Fulham, who are still in the relegation zone. A win here will put Burnley in a much more comfortable spot.

Fulham cannot afford to lose this one. An exit from the FA Cup to League Two Oldham midweek could do the Cottagers a favour, as they can focus their efforts on the league. Fulham could drag themselves out of the relegation zone with a win here, which could then inspire them to push on to safety.

Cardiff will be favourites going into this relegation battle. The hosts are hardly in good form, but they are in much better form than the visitors. Home advantage, where Cardiff have earned four of their five wins, mean Cardiff are firm favourites.

As we head into the second half of the season, things are starting to have a do-or-die feel for Huddersfield. The Terriers are already cutting an isolated figure at the foot of the table. Four points adrift of 19th place Fulham, Huddersfield have lost their last eight matches.

Prediction: Cardiff Win – With Huddersfield in such poor form, the chances of a shock victory are very slim.

Palace will be very pleased with last week’s win away at Wolves. That win accompanies recent victories against Leicester and Manchester City, meaning the Eagles really can beat anyone. Fine defensive performances are becoming a feature of their play, so this will not be easy for Watford.

Despite their superior position in the table, Watford are without a win in three matches. Wins have been hard to come by since their excellent start; the Hornets have won just four times since October. Troy Deeney is the man in goalscoring form, but he will have his work cut out for him against the Palace defence.

Prediction: Crystal Palace Draw no bet – Palace are proving very strong defensively and Watford seem to have something of an allergy to winning games over the last few months.

The Foxes have three wins in four and are on a good run, but the gap between them and 6th placed Manchester United is big. Southampton are a much tougher opposition now, but Leicester will be expected to win.

Southampton are improving under their new manager, but they still sit in the relegation zone. This is a tricky match, but the Saints will avoid all top six teams over the next five matches, so they will surely make a concerted effort to break free of the relegation zone in that time.

Prediction: Under 2.5 goals – Southampton successfully kept out Chelsea in their last away match and Leicester will have their work cut out for them trying to find the breakthrough.

Chelsea have lost a little ground on Tottenham in recent weeks, and even lost to Spurs in midweek in the cup. This match is much kinder on paper, but Chelsea have often failed to break down lesser teams this season, including in their last match against Southampton.

Newcastle are still floating precariously above the relegation zone and struggle against the big teams. Benitez will return to the team he managed on an interim basis knowing how difficult a task he faces.

Prediction: Chelsea Win + Both teams to score no – Chelsea will dominate this game, the question is, will they find a way through? We think they will improve on recent performances and win a tight match.

Everton’s poor form has seen them lose four of the last five and slip outside of the top ten. The Toffees have just one win in their last eight matches. This is a good opportunity to turn things round though. Bournemouth are leaky at the back, but Everton must be careful, as the Cherries are one of the league’s most dangerous counter-attacking teams.

Bournemouth’s sting may be somewhat neutralised however. Both Callumn Wilson and Joshua King are a doubt for this match, while new signing Dominic Solanke is injured. Bournemouth will also be missing Adam Smith and Simon Francis, with the latter out for the season.

Prediction: Both teams to score – This is dependant on Bournemouth’s starting lineup, but if Wilson and/or King are passed fit to play, then both teams scoring seems very likely.

City went through a rough patch, but they seem to have come full circle now. Beating previously unbeaten Liverpool closed the gap on the leaders, while City demolished Burton Albion 9-0 midweek. Wolves earned an heroic draw against City in the third week of the season, but the chances of a repeat are pretty low.

Wolves do perform against the top six though. Especially striker Jiminez, who has scored against almost all of the big teams. However, with City on their own turf and getting back to their best, this could be Wolves’ toughest match of the season.

Prediction: Manchester City Win + Over 2.5 goals – City are back to their ruthless best and look likely to put a few past Wolves here.

Place a bet on this at Guts

Guts are our bookie of the week. To find out all you need to know about Guts you can read our Guts review. 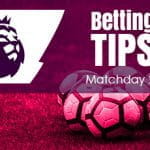 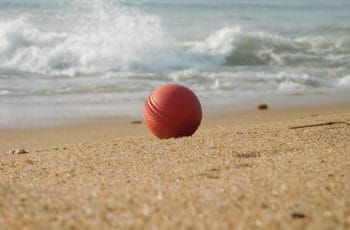