With the Champions League and Europa League games involving all of the Premier Leagues leading clubs, will it be a week of the underdogs given their extra rest and preparation time? Find out in our detailed reports game-by-game below.

Both teams are flying right now. Manchester United have shocked the world by coming back from behind to defeat Juventus in Turin, and Manchester City have been destroying every team in their path for the past 18 months. This is due to be a game full of drama, goals and excitement.

This game is a question of power and the shift of the age old dominacne of the Red Devils. Manchester is a city that has been steeped in a one sided rivalry for several decades, but it seems now that the power shift is fully complete. Manchester City are blowing away the Premier League and look unstoppable in current form.

After their fantastic season last year where they recorded over 100 points in their campaign and broke goal scoring records, it seemed impossible that they could outdo this thunderous season. But the current pace Man City are going at suggests they are on course to notch up over 100 points again. It is a long way to go, but the current signs from Pep Guardiola’s outfit are somewhat terrifying, and Manchester United must know this will be one of their toughest games of the season.

Manchester United have been struggling to find form in the Premier League throughout the opening weeks of this season. With many calling for the head of Jose Mourinho, it was a dark period for Manchester United. They now seem to be through the worst of it, snatching away victories after going down 1-0 against Bournemouth in the Premier League and more stunningly, Juventus in the UEFA Champions League group match.

Mourinho will be looking for a solid performance from his back four. With Chris Smalling seeming to be playing the best football of his life, it will be a tough task for Man City to glide through the defense of this team, something they have made look so easy in the past months. Manchester United wingers Martial and Sanchez will need to lead the charge in this match if United are to record a victory.

Prediction: Manchester United double chance – The passion and desire in this United team is very convincing, can see them snatching another result here against City.

Cardiff have been playing very much like a Championship outfit ever since their promotion to the Premier League. Conceding goals all over the place and not really offering much of a threat going forward, this really does look like a side that will have to pay the price heavily for the unwillingness to spend money.

Brighton have adopted a brand of football that is have a profound success rate. They have become a team that bulldozes their opposition and grinds out low scoring wins. Their striker Glen Murray is a working mans Ibrahimovic and has the ability to dominate his opposing defenders and latch onto the end of crosses.

Huddersfield really are in dire form. They look like a team with no bottle, and after scraping a win at home to Fulham they entertain a West Ham side that look invigorated and inspired by a recent run of strong performances. Huddersfield talisman Mooy, had a fantastic run-out last week, and he’ll need to be firing on all cylinders if they are to take a result here.

West Ham look like they are beginning to identify themselves this season. With Brazilian attacking midfielder Felipe Anderson lighting up Burnley in the home fixture last week, can he bring the same inspired form to the pitch against Huddersfield? It will be a game which he will be expected to perform if West Ham are to take all three points here.

Prediction: Both teams to score – We think West Ham will win this game, but there is more chance for both teams finding the back of the net here.

Leicester City are still in mourning after the tragic accident and death of their owner, but this seemed only to serve as motivation for the players against Cardiff last week, as they snatched a 0-1 victory away from home. Back on their own turf and against similarly weak opposition, the Leicester City players will be looking to bring back some happiness to the King Power Stadium.

Burnley are struggling to find the back of the net this season. Chris Wood, the big striker that Burnley have been relying on for this season has been the main source of their problems. They appear to be very inflexible and can only play one brand of football. There needs to be something more creative from Burnley if they are to enjoy some success against a fired up Leicester.

Prediction: Leicester win – This should be a textbook victory for Leicester, fired up by the recent circumstances we can see them putting a few goals past Burnley.

Newcastle look to build on their impressive victory against Bournemouth and they will need their star striker Joselu to be firing on all cylinders if this is to happen! They sit very far down the league but have been impressive at home this season, lets see if they can bring the goods with them against a classy opponent.

Bournemouth were incredibly lucky to get nothing out of their thrilling encounter against Man Utd last weekend. It was a very hard fought contest which saw the south of England side score a beautifully worked team goal in the first half, but unfortunately Man Utd shifted into their top gear and battled for the winner near the end of the game.

Prediction: Both teams to score – We suspect Bournemouth could scoop a victory this week, but both teams will surely find the back of the net.

Southampton have been in dreadful form recently and Mark Hughes’ men are looking to get their first win in 8 league matches. They have only score once in their last five games, in a 6-1 thrashing away to Man City.

Watford will be hoping to get back to winning ways, after defeat to Newcastle in their last outing. They are scoring well though with an average of 1.45 goals per match this season.

Prediction: Watford Asian Handicap -1.5 – This one looks like going in Watford’s favour, and in their victories so far this season they have scored well. Nothing from Southampton suggests they will produce.

Palace are another team that have been struggling mightily this season. Their recent form has also been worrisome. They haven’t won in their last six games, and on top of that they have played 5 home matches in a row without winning.

Tottenham boast the best away record in the league. With six wins out of seven on the road. After their superb comeback to beat PSV during the week, they will be looking to continue their stellar start to the season.

Prediction: Tottenhan to win – The last four meetings between these sides have resulted in a 1-0 Spurs victory. This could be a higher scoring affair, but the result will still be the same.

The first game on Sunday will give Liverpool the chance to bounce back from their embarrassing midweek loss to Red Star Belgrade. They will see this fixture as a way to right the ship and have a fantastic record against Fulham.

Fulham come into this game having lost four away games in a row. They also sit bottom of the league and are playing abysmally. Every season there is a team that upsets the odds, but this game will not be it.

Prediction: Liverpool to win half time/full time – Liverpool will come flying out of the blocks after their midweek blunder and will be comfortably winning at half time.

Chelsea remain unbeaten in the league this season and are looking to set a new record for manager Mourizio Sarri as the longest unbeaten start by a PL manager by extending this to 12 games.

Everton have an abysmal record against Chelsea in the Premier League, having not beaten them at Stamford Bridge since November 1994. Although they have been playing well in the league so far this season.

Prediction: Over 2.5 goals – Both teams are have had leaky defenses at home (Chelsea) and away (Everton), so we expect some goals in this matchup.

Arsenal are looking to continue their fine form and are currently unbeaten in nine Premier League games. This looks set to continue against Wolves as they haven’t lost against them since 1979!

Wolves are on a three-match losing streak and have never beaten Arsenal in the Premier League. After a good start to the season, they are starting to slip a little. However, it is probably just a matter of time before results start to pick up for them.

Prediction: Arsenal to win – The form book and the fixtures history says this is a foregone conclusion. We’d be very surprised if Wolves salvaged anything from this game.

Place a bet on this at NetBet

NetBet are our bookie of the week. To find out all you need to know about NetBet you can read our NetBet review. 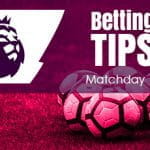 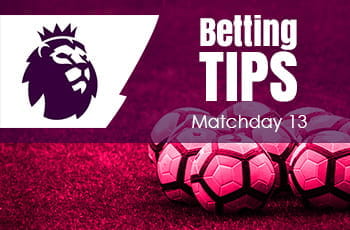 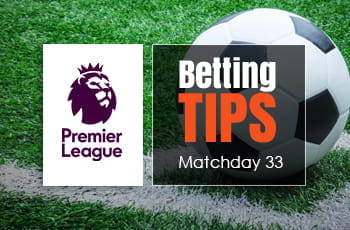 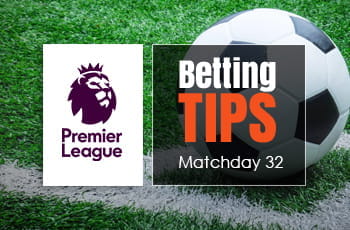