It’s week four of the EPL, already much has happened. Super Pukki is a thing, and City and Liverpool’s dominance continues.

Last week produced a few surprises, none more so than Crystal Palace’s victory away at Old Trafford. Can Burnley spring a shock? Find out what we predict in each and every game this coming weekend.

This one is without doubt the match of the weekend. A London derby with history is always a tasty one. Spur’s Premier League form has been awful, with only 15 points gained in the past 15 games. They’ll be looking to get one over their neighbours here.

A year ago, Spurs were second in the table with 9 points. Now they lie in seventh with 4 points. They’ve had a pretty bad start of the season by their standards, and their PL form in general really needs to pick up.

There remains doubt over whether Christian Eriksen will stay with team, and as such was left out in the last fixture. Spurs will be hoping things are sorted out one way or another sooner, rather than later. They really need a victory in this game to get the season up and running, and are still suffering a Champions League final hangover. Hopefully, Harry Kane can bang in a few more in the coming weeks.

Arsenal had a good start of the season winning two on the bounce, but were then overpowered by Liverpool. They have ground out some decent result and will be looking to do the same here.

Emery has signed some decent players, and Pepe showed some skill against van Dijk in the last match. We’ll be waiting to see if he can produce some magic. Whatever happens on Sunday we expect some goals and some drama. As is always in the London derby, bad blood comes to the fore. We wouldn’t be surprised to see a red card in this one.

Prediction: Arsenal to Win – Spurs are not in good form, Arsenal will snatch this one, in what is shaping up to be a tight contest.

United are coming into this game without losing any of the last four away games. Although they saw a setback against Palace they have a revitalised squad of youthful energy. We can see them coming out at this one with all guns blazing.

Southampton were unlucky to lose the first two games of the season, and their performances suggested they deserved more. They righted this ship with an emphatic victory against Brighton and will be hoping to put the dagger in against United.

Prediction: Southampton Draw no bet – United don’t look so good, and Southampton are on the rise. They could upset a few punters in this one.

In a startling statistic, in six PL games, both teams have won three times. That stat looks set to fall into Chelsea’s favour come Saturday evening. Mason Mount, and Tammy Abraham have both thrived under Lampard, and this game is another opportunity for them.

Sheffield United are a hard-working team. They don’t have the quality needed to stay up, but they may have the desire. No better epitomised by Billy Sharp.

Prediction: Chelsea win – This will be another tough test for Chelsea, but they have enough to see off the blades.

Palace shocked the world with their win away at Old Trafford last week, but they came back to earth with a staggering thump in a mid-week loss to Colchester in the Cup. This could harm their confidence coming into this one.

On the contrary Villa thumped Crew, 6-1 and showed that they are a team bounding with confidence. Even so, an outright victory may be hard to achieve, especially with Palace’s form.

Prediction: Draw – We expect a tough game and one that can see both teams struggling to win in.

Leicester are looking like a decent team this season and Brendan Rogers has really got them roaring. The Foxes haven’t lost at home to Bournemouth in their past 5 encounters, and after coming off a great victory away at the Blades last week, they’ll be looking for a repeat of that here.

Bournemouth are a team that are looking to finish in the top half of the league. They will be spurred on by recent performances and are more than capable of creating an upset here. Harry Wilson scored a spectacular free-kick against City, and could produce more of the same come Saturday.

Prediction: Leicester Win – Jamie Vardy will be looking to have a party and Bourenmouth will be leaving with a hangover.

The strength of Manchester City is plain for all the world to see. They will be disappointed to have already dropped two points this season, but they will unleash their fury on Brighton on Saturday. They haven’t lost against Brighton for five games.

Brighton have won their past 4 matches away from home, so could show up some form here. It is highly unlikely that they will win, but stranger things have happened. They will hope that Glenn Murray can produce some of his magic and created an even bigger legend than he already possesses.

Prediction: Man City to Win – There is no other conclusion to come to.

Newcastle stunned Tottenham in a 1-0 smash and grab last week, and will need many more of those performances throughout the season. They will also need to win the games that matter, and those being against teams in and around them. This will be their first big test.

Watford have had an awful start to the season. They are truly the bottom dwellers and are already facing a stiff test to steer clear of a relegation dog-fight. It will be the surprise of the season to see them stay down for so long.

Prediction: Newcastle win – Bruce’s boys will pile even more misery on the Hornets, who will not be buzzing in this one.

West Ham got their winning season under way with a great win away at Watford. Star-signing Sebastian Haller scored two goals, with one an expert overhead finish. They need to improve their home form, and this could be their chance.

Norwich have already won the hearts and minds of the footballing world, with Teemu Pukki scoring five goals so far this season. Even so, West Ham haven’t lost at home in seven games to the Canaries, so it could be a difficult ask fort them. We forsee some goals in this one.

Prediction: Both Teams to Score – Norwich’s style means there will always be a plethora of goals in their games.

One of the stories of the season so far is Ashley Barnes’ form. He has scored some right bangers, and is the Clarets’ top scorer with 4 PL goals so far this season. Can they upset the European Champions? It would be a great tale, but one we can’t see coming true.

Liverpool are the ultimate team. They have a tenacity and grit that sees them through every game. Their brand of football is wonderful and means that they will more than likely win this one.

Prediction: Liverpool win – The Reds are simply unstoppable. They are playing beautiful football too.

Wolves are yet to lose this season and are bound to cause the Toffees some problems. Raul Jimenez is possibly one of the most underrated strikers in the world, and his form is integral to Wolverhampton’s form. We wouldn’t be surprised to see a great victory here.

Everton have failed to produce the good this season. Although they at home last time out, they are not in good form. Their summer spending spree has not brought about the results they intended. Things need to change fast!

Prediction: Wolves Win – Marco Silva is not a good manager, and there summer spending is proving useless.

Place a bet on this at MoPlay 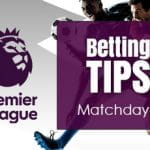