Can you smell that? Yep, it’s the smell of a new Premier League season. The 2019/2020 edition of British football’s top-flight is the first to feature VAR, and after successfully becoming an essential feature of international football, the Serie A and La Liga, its implementation in the Premier League is highly anticipated.

As usual, we will go through each of the games for the opening weekend and give our analysis on each team. At the bottom of this page we will offer our key predictions for the weekend.

There is no game that comes close to the anticipation surrounding our Match of the Day. Manchester United vs Chelsea is the most highly anticipated game of the weekend and it looks set to be a cracker.

Both teams come into this game off the back of extremely positive campaigns in their pre-season friendly tours across Europe. Despite this being relatively irrelevant to the success in the Premier League, the indication is both teams are fired up for this one. Manchester United spent heavily in the summer rebuilding their defense. The Old Trafford faithful will be hoping to see an immediate return on that investment with a clean sheet.

Frank Lampard comes in as the new manager, looking to build a strong foundation for the rest of the season, he’ll be hoping for a fast start from his team. Travelling to Old Trafford for his first task on the job won’t be what he hoped for, but nonetheless, confidence at Chelsea is high.

The Premier League 2019/20 gets underway at Anfield on Friday night. The rest of the games will be taking place on Saturday and Sunday.

Liverpool are flying off the back of their Champions League win. They were incredibly unlucky not to secure the Premier League title last season. Klopp will be looking to continue where his team left of at the end of last season with a decisive victory.

New boys Norwich where impressive in the Championship last year, and they dominated most of the competition in the 2nd-tier. With perhaps one of the hardest games on the fixture list as the opener, this will be a big wake-up-call for Norwich.

West Ham are a funny side. Constantly bouncing around the bottom half of the table trying to find their way. The squad is full of talent, and they’ll be fired up for the season. With a top-half finish in their objective, this game will be a tough test for them.

Bournemouth start the campaign this year off the back of a very strong run of games last season and will be hoping for big things this year.

New boys Sheffield United scraped through into the automatic promotion spots. They go into this one full of confidence off the back of a strong run of games pre-season.

Burnley are still pushing their one-dimensional brand of football. But it seems to be working. Two banks of 4 a tricky play-maker in the free role and a big number 9. Expect Burnley to rob points off many teams this season through set-pieces and goal mouth scrambles.

Southampton struggled to survive last season and they are most likely going to suffer again this year.

Crystal Palace fought hard to keep hold of Wilf Zaha during the summer, and they still have the English winger available for selection. This season they will look to push on and become a secure top half team.

Everton picked up a few fantastic signings in the Summer transfer window, namely Moise Keane and Alex Iwobi. With these two new attacking options you can expect fireworks from the Toffees.

Watford are always going to be a team that enjoy a dog fight. Tomorrow sees a tough game for them against a side that is unduly physical and loves to battle physically to win football matches.

Brighton last year appeared to be hacking the Premier League. Their poor mans Zlatan was scoring every week and they were on a roll. Despite a late dip in performance and a near relegation scare, they are back.

Tottenham most certainly have had a successful transfer window. Signing the hottest prospect of English youth football talent, Ryan Sessegnon. They have bolstered their midfield options in Lo Celso and N’Dombele. All whilst keeping hold of their star attacking players.

Aston Villa were determined to win promotion after losing out in the play-offs to Fulham in 2018. They find themselves back in the top-flight and have spent over £100m in an effort to survive. Remind you of anyone?

The Foxes are still a strong contender for European qualification, always offering an exciting attacking brand of football. Losing Harry Maguire to United could be catastrophic, but netting over £70m will soothe the pain of the extra couple of goals they’ll likely concede this year.

Wolverhampton are a formidable side that are often underestimated. Ran by a highly methodical manager who has an iconic brand of Portugese football, they will be optimistic about the chances of finishing in the top half this year.

Newcastle were lucky to scrape by with survival last season, and this year they’ll be looking to secure survival a little earlier, and on their own terms. Signing Andy Carroll back is a big statement of their intentions, can he win back the hearts of his Newcastle fans?

Arsenal had a fantastic window, making a series of well balanced acquisitions. Kieren Tierney is a vital addition at left back, and Pepe looks to be an exciting prospect who will ignite something going forward. The last minute capture of David Luiz will be the icing on the cake for many Arsenal fans. 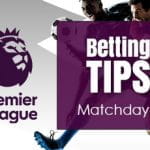